Child custody is one of the biggest concerns in a Singapore divorce, as this determines which parent will be given the authority to care for the child and make major decisions regarding the child. It also gives the custodial parent the right to make decisions and judgements regarding the matters of the child, such as the child’s education, health conditions, daily affairs, and so on.
In Singapore, the law of custody applies to every person, regardless of whether one is a Muslim or non-Muslim. The main statute governing child custody is further complemented by the Women’s Charter. The Judge normally looks at the best interests of the child and may take several factors into consideration when determining which type of custody order to grant.

Under sole custody order, the chosen parent will have exclusive rights to the child. The parent who has been granted custody will be responsible for making major decisions about the child’s life, such as his or her education, religion, medical-related matters, etc.
This type of custody order is rarely given. However, the court issues this type of order if they deem that:

Under the joint custody order, both parents are given equal responsibility and right over the matters of the child. They must also communicate and consult with each other, and must reach an agreement when making vital decisions concerning the welfare of the child. When agreement is not possible, each parent may apply to the Court for a determination of the disputed matters.
When this type of child custody order is given, there will be individual orders on “care and control” for the parent who lives with the child and “access” for the parent who is not living with the child. The issuance of joint custody orders is gradually becoming more common because the court acknowledges the significance of having the presence of both parents during the developmental years of the child.

The hybrid order is similar to the sole custody order, since only one parent will be given custody over the child. However, the parent granted custody must consult or obtain the consent of the non-custodial parent when deciding on matters related to the upbringing and welfare of the child.

The split custody order divides the custody of children to both parents. This means that the custody of one or more siblings will be granted to one parent, while the custody of the other siblings will be granted to the other parent. This is also a rare type of order granted by the Court, as they would normally permit siblings to stay together in order to support each other.
This part of divorce or separation is crucial for both children and parents. Hence, seeking professional legal advice during the process of obtaining child custody is recommended as it requires a deliberate approach and compelling advocacy expertise in order to create a substantial impact on the final outcome.
Godwin Campos is a highly experienced and recognised divorce lawyer in Singapore who not only has an intricate understanding of local divorce and custody law – his dedication to his clients also goes a long way in him fighting for their cases. Godwin Campos will guide you in making well-informed decisions that are in line with your interests and the well-being of your child, every step of the way. Contact us at 65351306 to schedule a consultation today.
When faced with a legal concern, it is key to have an experienced and supportive law firm on your side. Godwin Campos LLC is an award-winning law firm in Singapore and we offer free, non-obligatory first consultations to help you evaluate your situation better.
Why Us?
Because you get immediate cost-effective advice & guidance based on a wealth of expertise as our Mr Campos, with more than 30 years of experience, personally oversees every matter. This starts from the very 1st consult itself.
We will handhold you. Reach out - drop us a line or make that call.
Need Quick Legal Advice On Divorce & Litigation?
We Offer Free 1st Consultation.
Our Office Address
160 Robinson Road, #14-06
SBF Center Singapore 068914
Our Phone Numbers
Tel: +65 6535 1306
Fax: +65 6542 2018
Our Opening Hours
Mon - Fri: 9am - 6pm
Sat*: 10am - 12pm
*Strictly By Appointment Only 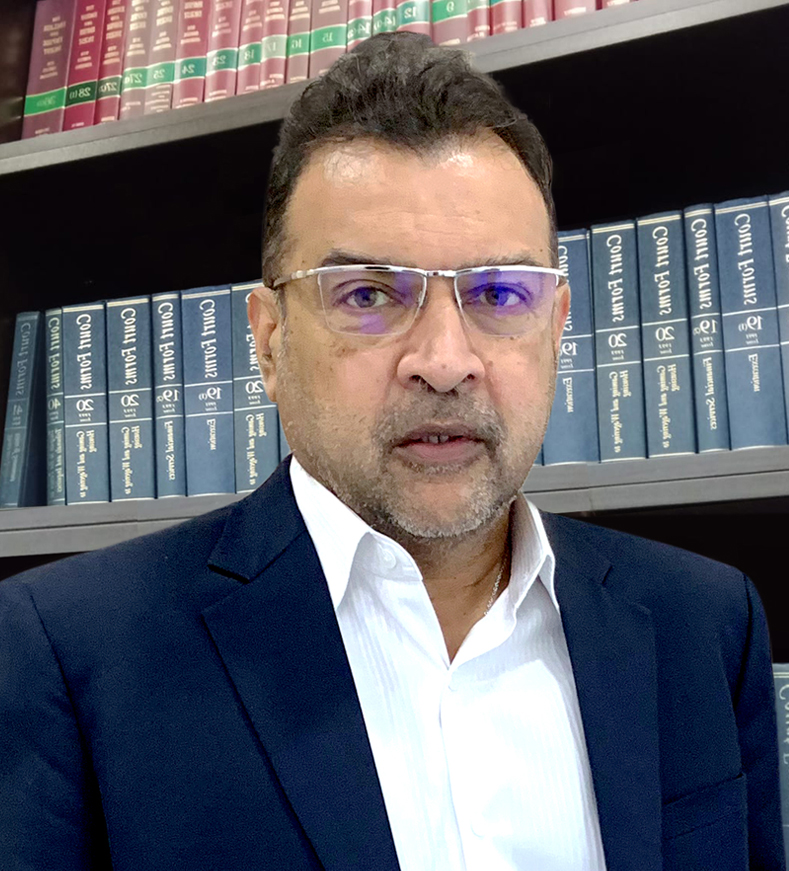 Mr Godwin Campos
Singapore Divorce Lawyer, Godwin Campos graduated from the National University of Singapore and was called to the Bar in 1989. He has been in active practice for the past 30 years. Litigation with a focus on family law and civil & commercial matters are his main areas of practice. Godwin spent 11 years of his career at one of the top 5 law firms in Singapore and was a Partner and the Head of their Family Law Practice. In 2003, he started his own boutique law practice with a primary focus on domestic and cross border family law. He has appeared at all levels of the Singapore Court strata and has had significant decisions reported in the Singapore Law Reports. Godwin's forte lies in his precise and strategic problem-solving and this is well demonstrated in his near perfect record at hearings and trials. It is therefore not unsurprising that the firm relies in a great way on recommendations from existing and previous clients who continue to be the firm's strongest ally in channelling work. This remains clear testimony of the quality of work that is always delivered to each and every client.

In the legal circle, Godwin is well known as a leading family law practitioner and is often the "go-to lawyer" for other lawyers who seek him out when they require advice and guidance on family matters. The firm is recognized as one of the top 5 family law practices in Singapore and has won numerous awards in 2016, 2017, 2018, 2019, 2020 and 2021 as Boutique Family Law Firm of the Year.

Ms Vathany Raveentheran
Vathany Raveentheran graduated from Queen Mary University of London in 2013 and was called to the Singapore Bar in 2015. She started her career with one of the big four law firms in Singapore and has since handled several contentious and uncontentious matters relating to employment, property, contract, breach of directors’ duties, defamation claims, construction, shareholder disputes, family law, probate, and criminal litigation. She handled her first successful cross-appeal in a shareholders’ dispute before the Court of Appeal within her first year of practice. Vathany has also conducted and assisted in several trials and contested applications before the High Court, State Courts and Family Justice Courts.

In her free time, she is actively involved in pro bono work, where she volunteers at the legal clinics in Community Centres, the Singapore Council of Women’s Organization, the Community Justice Centre and the Assisi Hospice.

Ms Cindy Hoo
Cindy graduated from the University of Leicester in 2016 and was admitted to the Singapore Bar in 2020.

Cindy began her career as an auditor but soon realised that her passion lay in working with people and making a difference. She subsequently joined Godwin Campos LLC as a Practice Trainee in July 2019 and reaffirmed her passion in the practice of family law, where she could see her efforts have a direct impact on her client’s lives. Understanding that divorce is an inevitable step that many are forced to take, Cindy strives to assist her clients through one of the darkest periods of their lives with empathy and professionalism.

Since then, Cindy has handled a wide spectrum of matrimonial and probate matters including but not limited to divorce, maintenance, custody, care and control, access, enforcement, wills and probate in both a contentious and non-contentious capacity. Cindy also has had experience in handling civil matters in both the State Courts and the High Courts, including but not limited to contractual disputes, harassment, and defamation. 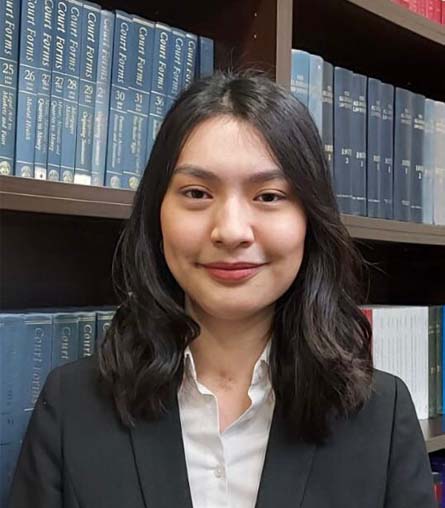 Ms Melanie Tan
Melanie graduated from the University of Leeds (UK) and is called to the Singapore Bar.

She has practiced at a well-known family law firm where she represented clients in a range of family disputes involving divorce, maintenance, custody and matrimonial assets. Apart from this, she has also been involved in probate and mental incapacity matters.

Embracing therapeutic justice in her practice which focuses on family and matrimonial matters, her empathy and compassion has helped her to understand her clients’ legal needs and explore amicable and sustainable resolutions of disputes.

Outside of law, she appreciates a cup of coffee and enjoys travelling to new places around the world. 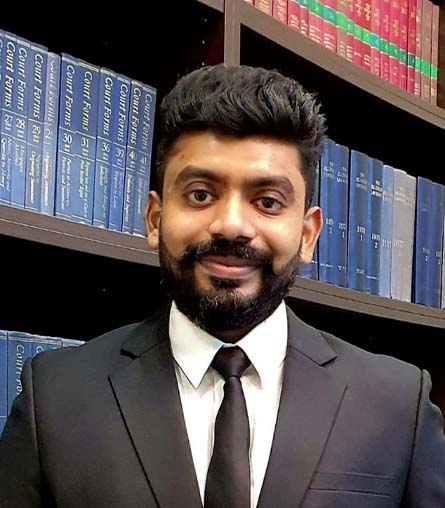 Prior to getting called, Sethu had worked in several law firms, where he assisted with a variety of matters in criminal and civil law, including Workman Injury Compensation Actions and Construction Disputes.

Led by his avid interest in community law, he went on to pursue his training contract at an award-winning criminal law firm, where he assisted with a multitude of criminal trials.

Upon his call to the Bar, Sethu embarked upon his legal career as a family lawyer under the guidance of Mr Godwin Campos, where he strives to tap into the latter’s wealth of experience and employ it in his own practice.

Sethu’s approach to practice is underpinned by his clients’ welfare, which motivates him to function as their pillar of support through an understandably difficult time in their lives.

As a family-oriented person by nature, Sethu enjoys spending time with his family in his free time. 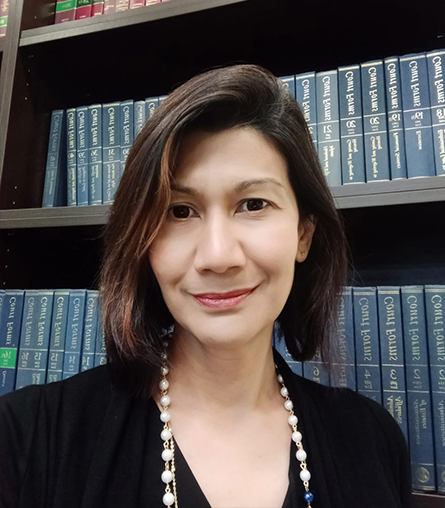 Ms Kathy Gomez
Kathy graduated from the University of Kent, Canterbury UK and is admitted to the Bar in England & Wales, Malaysia and Singapore. She has practised at leading law firm M/s Shearn Delamore & Co in KL and well-established law firm M/s Tan Rajah & Cheah as well as M/s Godwin Campos LLC in Singapore. She also previously served as a Judicial Officer in the Civil Division of the Subordinate Courts (now known as the State Courts) for three years. Kathy also has a wealth of HR experience having been in the legal recruitment arena for a decade and most recently as Office Manager at M/s Tan Rajah &Cheah when she re-joined them in that role from December 2017 – March 2020 where she oversaw at an administrative and human resources level, the comings and goings of the entire law practice with a lawyer & staff strength of 60.

Kathy has since returned to M/s Godwin Campos LLC as their Office Manager.